In this module we will learn about the various Types of Numbers.

Numbers can be classified into two major groups: Real and Complex Numbers. 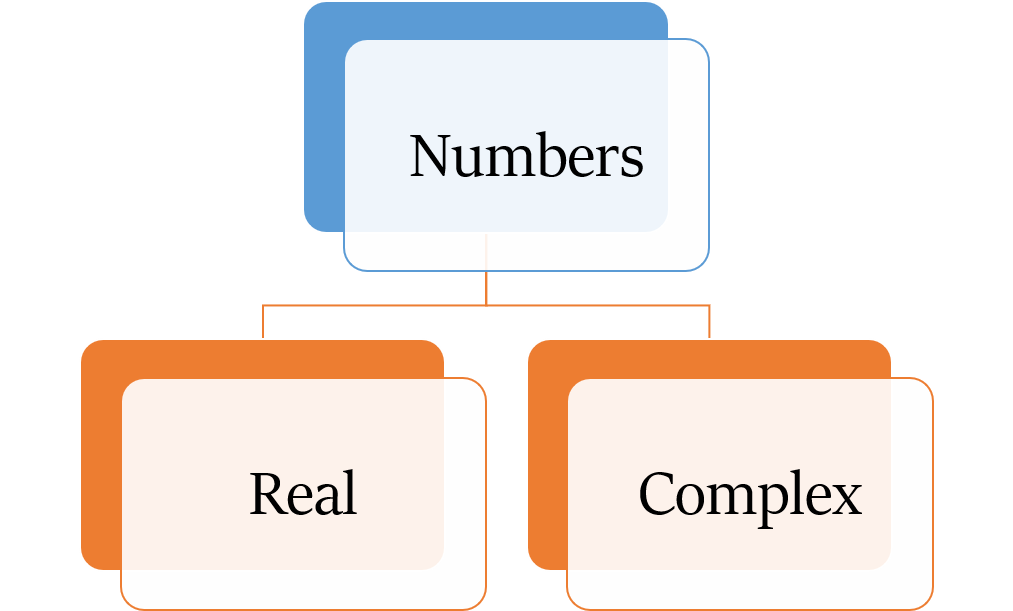 They are all the numbers on the number line. In other words a real number is any number which is not an imaginary number.

Complex numbers are of the form a + bi, where a and b are the real numbers and i is the imaginary unit whose value is √-1.

The solutions of equations of the form $x^2$ = -9 are not real numbers (as in real number system squares cannot be negative). Hence, we introduced complex numbers to cater to such cases.

In aptitude examinations like GMAT, GRE, CAT, SSC, Bank etc., we mostly deal with real numbers only, and not imaginary or complex numbers. And that’s what we are going to focus on in this module.

What is a Numeral?

Real Numbers may be divided into two categories: Rational and Irrational numbers. 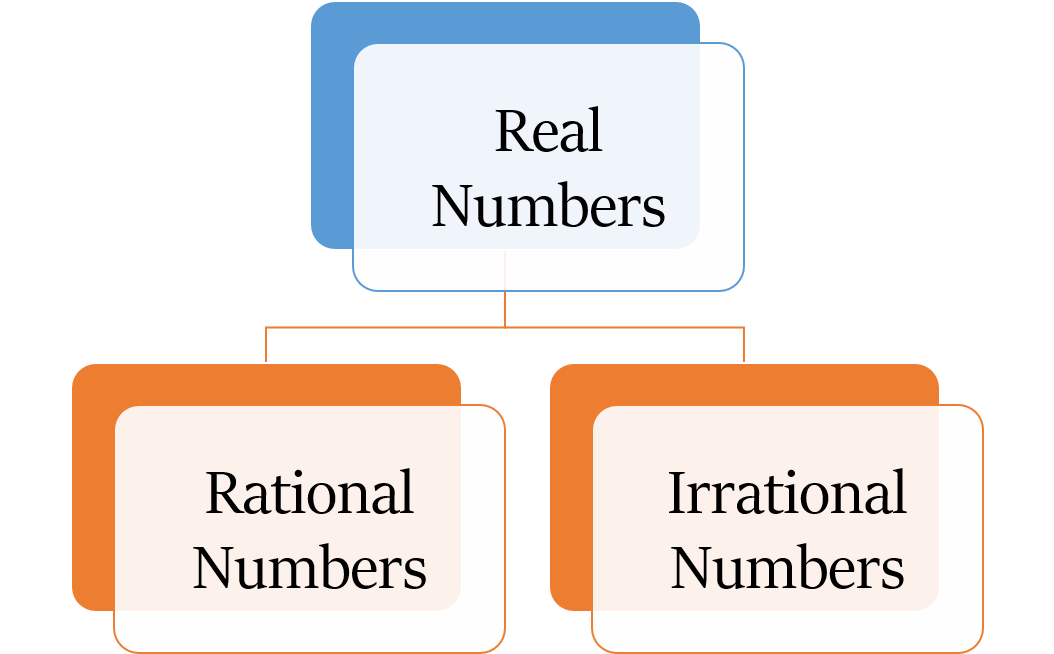 This categorization may be done on the basis of two concepts.

A number which can be represented in the form of p/q, where p & q are integers & q is not equal to 0.

All the integers are included in the rational numbers, since any integer z can be written as the ratio z/1.

A number which cannot be expressed in the form of p/q, but can be represented by a point on the number line.

Based on termination & recurrence

Here’s another way of looking at rational and irrational numbers:

A recurring decimal is a number in which one or more digits at the end of a number after the decimal point repeats endlessly.

They are non-terminating and non-recurring in nature.

Other classifications of Real Numbers

Apart from Rational and Irrational classification, Numbers can also be divided into the following types:

As you can see, both Rational and Irrational numbers can be positive or negative.

We have already seen that Rational Numbers are Real Numbers.

But how will we identify whether a given fraction is terminating or recurring?

How to identify if a fraction gives terminating decimal or recurring decimal?

Terminating decimal - If the denominator of the simplified form of a fraction consists of only prime factors 2 or 5.

Recurring decimal - If the denominator of the simplified form of a fraction consists of at least one factor other than 2 or 5.

Let us see an example.

Which among the following fractions is/are recurring decimal?

All these denominators have the prime factors 2 or 5 only, except 150. 150 has 3 too as a prime factor. So, only 431/150 is the recurring decimal. Rest are terminating decimals.

Recurring Decimal - A decimal in which a digit or a set of digits is repeated continuously.

All recurring decimals are rational numbers as they can be expressed in the form p/q, where p and q are integers.

In the above decimal, the set of digits 142857 is recurring. So, we placed a bar over the entire set of the digits that recur.

In place of a bar, we can instead place a dot on top of the first and the last digits of the set.

We will see how to convert pure and mixed recurring decimal numbers into fractions separately. There is a minor difference between the two approaches.

To convert a pure recurring decimal into a fraction:

Denominator of the fraction = a number which has as many nines as there are digits in the recurring digits.

As the period is of one digit, we will multiply the given number by 10.

To convert a mixed recurring decimal into a fraction:

As there is only one non-recurring digit, we will multiply the given number by 10.

We already know that:

We have already studied the rational fractions in detail. Now, let us focus on Integers.

Now, let us see the various classifications of Integers.

Both Natural numbers and Whole numbers are a subset of integers.

Properties of odd and even numbers

We will consider the cases where the numerator is a multiple of denominator. 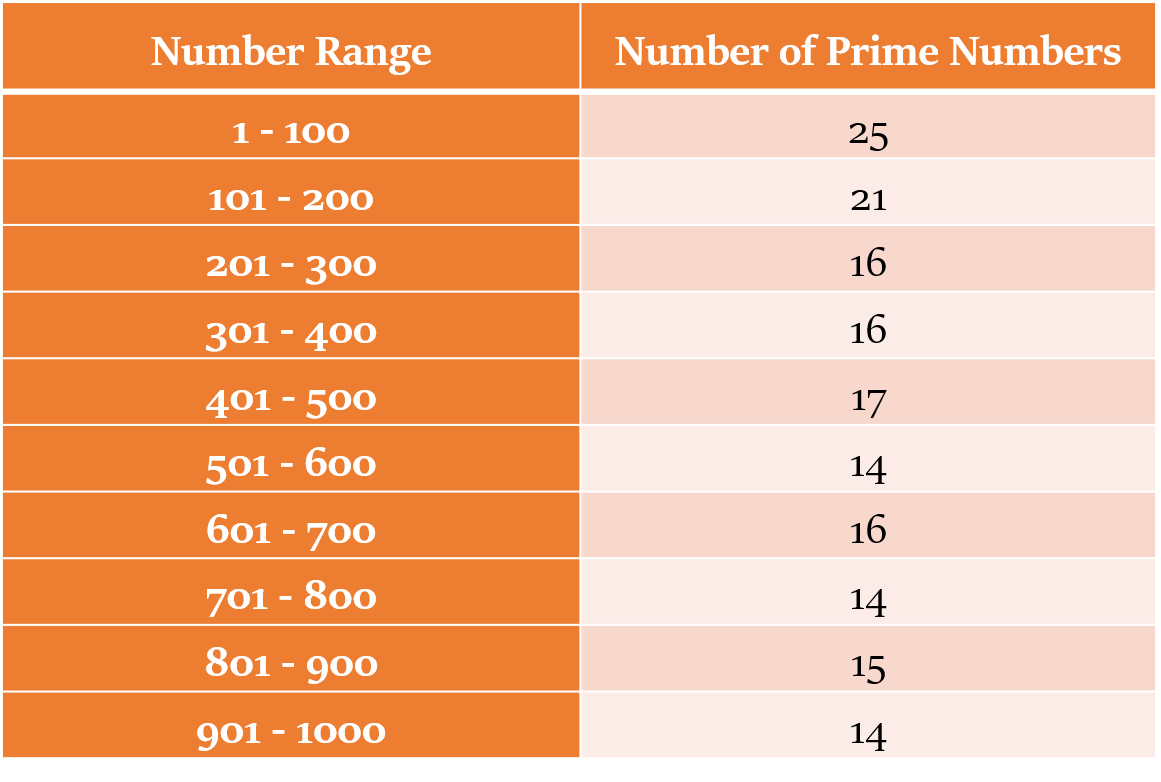 How to identify a prime number?

There are a couple of methods to check if a number is prime number or not.

Prime triplet – when three consecutive odd numbers are prime.
There is only one prime triplet - (3, 5, 7).